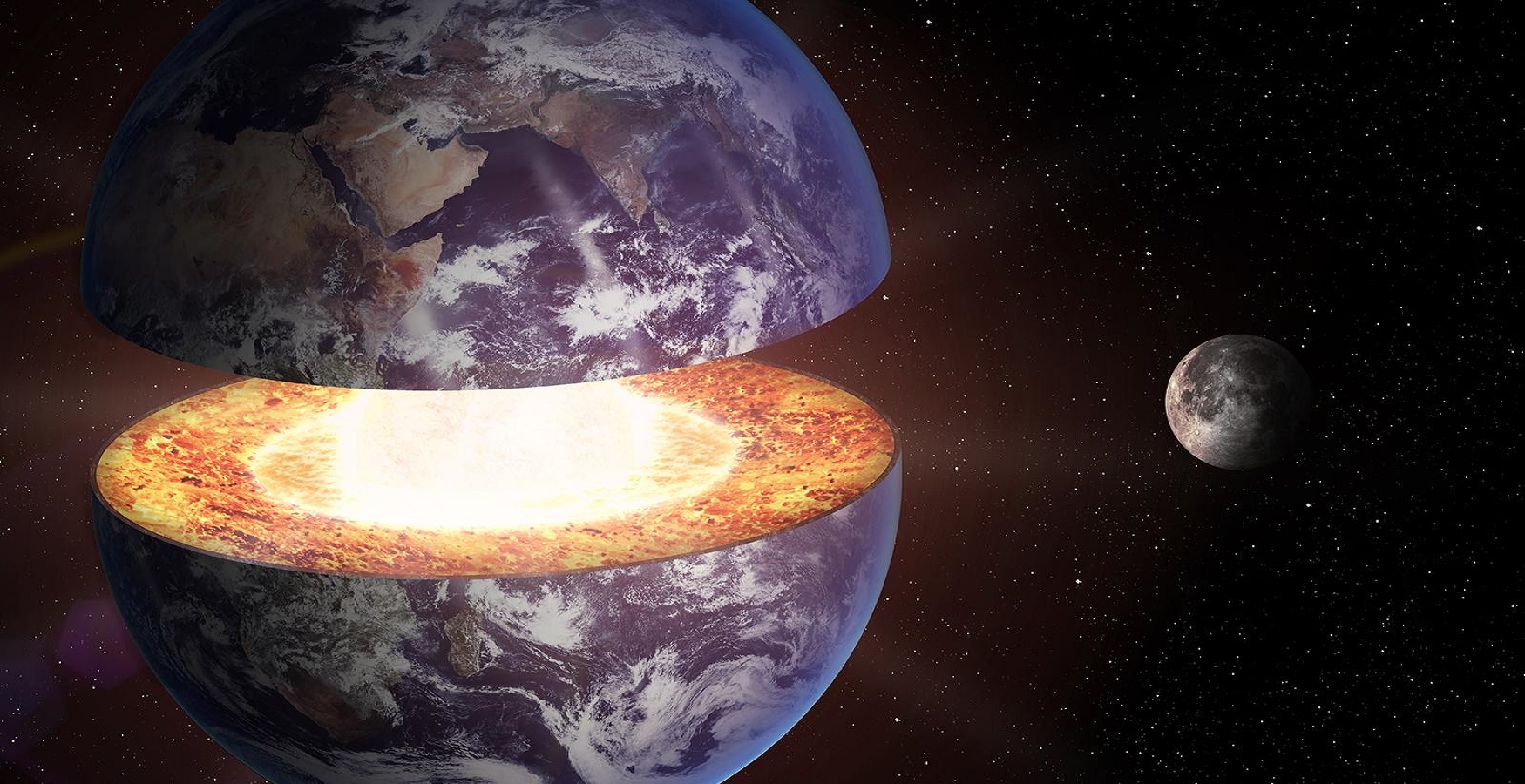 Time passed by and everything continued as normal with the dissenters causing problems and the peaceful tenants going about their lives without disturbing each other, while a few courageous souls mixed with the dissenters trying to keep law and order amongst them for the benefit of everybody. From time to time one of the peaceful tenants would go to Masau’u and complain about the dissenters saying that the gossip and politics and disturbances they were causing had increased with the passage of time and had become unbearable. Whenever one of them came to him with this complaint, the kind landlord smiled and said, “It is not more difficult than it was in the beginning. The problems are a little different but it is no more difficult now than it was before, but in fact it has remained very much the same. It seems to you that life is more difficult than it was when you were a youngster, but that is because when you were a youngster you were not disturbed by the issues that affect you now, your father and mother dealt with these issues, and your life was relatively undisturbed. Do you know that your father came to see me with this same complaint over fifty years ago after the Great War? At that time your father thought life had become almost unbearable and was greatly more difficult than it had been when he was a boy. And his father before him came to me with the same complaint over a hundred years ago. Don’t trouble yourself unduly about the dissenters, if they involve you in their disputes and you are innocent, your innocence will prevail. My advice is, stay away from the dissenters, take care of your family, conserve your strength because one day life will become truly difficult and your family will need all your strength.” Masau’u said these same words to all the peaceful tenants who came to him with this complaint, and they all left him feeling comforted but at the same time wondering what he meant when he said “One day life will become truly difficult and your family will need your strength.”

One day all the tenants woke to the feeling of the whole world shaking like a wet dog shakes to get water out of his fur. They had experienced earthquakes before, but nothing like this. The Land would not stop shaking, everything was in turmoil. Even the dissenters stopped agitating. Everybody ran to Masau’u. On the way, as they ran to the cave where Masau’u lived, the Land started to open in places and molten rock poured out. They had experienced volcanoes before, but nothing like this. In a great panic everyone ran to Masau’u. They encountered Masau’u walking towards them, for he was on his way to his tenants. This was the first time he had left his cave at the centre of the Earth to come to his tenants, in the past they had always had to journey to his cave to see him. This unusual behavior of their landlord troubled his tenants for by it they knew something was coming, something for which none of them were prepared. Masau’u sat down on a rock and his tenants gathered around him all talking at once. He put one finger to his lips and instantly his tenants fell silent. His first words were reassuring to his peaceful tenants, but brought no comfort to the dissenters because it was in their nature to be suspicious. “Don’t worry. Everything will come right in the end. The time has come for me to explain to you the Hatching of the Hidden Egg.”

He had with him a bucket filled with stones and sand. He asked one of his tenants to shake the bucket vigorously and this tenant did causing all the stones to move to the bottom of the bucket and the sand to rise to the top. Masau’u said “Notice how the stones have fallen to the bottom of the bucket? This process is called differentiation. This happens with all materials of mixed weight, during motion the heavy material sinks while the light material rises.” As Masau’u spoke the Land around him shook and rumbled and steaming, hissing geysers erupted, gushing their scalding contents into the air and creating clouds of dense steam. He continued unperturbed “You have all noticed how the weather has become unpredictable and many of you have come to me to ask me why this is so. Some of you have suggested that your Mother Earth is sick. The weather has become unpredictable in much the same way as the temperature of a pregnant woman in her last stages of birthing is unpredictable, your Mother Earth is pregnant and soon she will give birth.” The tenants were mystified, pregnant? How could the Earth Mother be pregnant?” To what could She give birth? It was inconceivable! The dissenters started arguing fiercely that this was not a logical explanation for all the weather changes and for what they thought of as disasters.

Once more Masau’u put one finger to his lips and they fell silent. He continued “We call our Mother Earth by many names, and for the purposes of this explanation I am going to call Her Huru’ng Wuuti (Hard Substances Woman) because her body contains a great deal of hard and heavy material, especially iron. As I showed you with this bucket of mixed materials, so it is with the body of Huru’ng Wuuti. We are not at all aware of the movement of Huru’ng Wuuti, so it seems to us that she is stationary, but she is always on the move. She rotates like a spinning top about her axis, and she flies in her orbit around the Sun. All this movement causes heavy material in the body of Huru’ng Wuuti to move downwards and to gather in her womb where it forms a heavy metal egg. Unbeknown to you Huru’ng Wuuti has been hatching her egg and it has been developing within her womb. The changes in the weather are changes in her temperature, and the increase in earthquakes and volcanoes around the world are the result of her labour contractions as she draws ever closer to the hour of her delivery. Huru’ng Wuuti is in the final stages of her delivery, soon her Divine Infant will emerge. The emergence of her infant heralds the arrival of Great Purification, and it is for this reason that the Great Purification is called “Nohu Na’uyi’yta” “The Secret Of The Mystery Egg”.

While Masau’u spoke to His tenants the Earth heaved in her turmoil, geysers hissed their scalding contents, volcanoes spewed forth lava, and tornadoes swept across the Land. The frightened tenants wailed “What shall we do? What shall we do?” Masau’u said, “Some of you may decide to leave your Mother, but most of you will remain here with me. When Huru’ng Wuuti has delivered her Infant she will fly like a Phoenix and settle in an orbit closer to the Sun. In this new orbit closer to the Sun, your Mother will be crowned as Paradise, and those who have remained with her throughout her worst throes of birthing will live in Paradise with her. Those who stayed with their Mother will meet again with their ancestors and gather their loved ones in their homes and sing joyous songs to celebrate the renewal of all Land and Life in its highest state of being.” Masau’u said “The children who want to stay with their Mother can do so, and whoever wants to leave can do so.” The dissenters looked at each other, the whole world was shaking with the birth pangs of their Mother, there was no place to go.

One of the dissenters said “Landlord, we only know this Land and Life, this Mother Earth, we have no other place to go. If there is some other place which is not shaking and boiling as she is please tell us! I would like to take my family there now!” Several dissenters cried out “Yes! if we can escape this disaster, please tell us where to go!” Masau’u answered “I am not here to encourage you to leave your Mother Planet.  She has always loved and nurtured you, and now She wants you to celebrate the birth of Her Infant. I am here to protect you from enemies who want to persuade you to abandon Her. I am here to be with those of my tenants who will stay with me and await the Paradise to come. Strangers may come and entice you to go with them, they are not your brothers and sisters, they do not have your best interests at heart. Be warned, these strangers will take you with them, but they are not sincere, they will harm you.” One of the dissenters asked Masau’u “Why will they invite us along when we have nothing to offer them. We should go with them! We have nothing to give them! They can take nothing from us, look around, everything we have is being destroyed!” Suddenly a woman said “We can gather all our jewelry and offer it to them in return for taking us with them!” Masau’u said quietly “These enemies have no need for the gold and silver trinkets which you offer them, they require a much higher price.”

Can you think what price you will have to pay for leaving your Mother planet, the Earth who has nourished you and your ancestors before you?  Can you even begin to imagine what these strangers would take from you?  The only Star brothers and sisters who love you and truly want the very best for you, are your ancestors on the Morning Star.  Having achieved their own physical and spiritual perfection by not abandoning their Mother Planet, they would not try to persuade you to leave your Mother Planet. Your evolved ancestors would never remove a child from its natural Planet because they would never interfere with evolutionary completion. Would you expect Star brothers and sisters who have completed their own evolutionary development to swoop down on your world just as you are about to complete your development and snatch you off into Space, thereby depriving you of physical and spiritual completion? Of course not! What then could be the purpose of anyone who arrives in the days leading up to your final development and tries to exploit your fear? What do they stand to gain by taking you away from your natural Planet at the hour of your advancement? When you look up at the Stars you feel a strong bond with someone out there. This mysterious bond you feel is between you and your ancestors who have completed their evolution. They love you and long for the moment when you will be reunited with them in your glorious completed form. Don’t run away, face the Earth’s birth-pangs with courage and soon you will be reunited with your ancestors on the Morning Star.