Time-Travel: A step out of Time is a grave step in the wrong direction.

God is the Creator and Controller of Time.  The book, which is written within and is sealed on the back with seven seals, contains God’s personal knowledge of Time. God established this system of Days, Weeks, and Years as an ordinance for our protection.  GOD’S Covenant with man is a Covenant of Progressive Time.  Time will change its very meaning and instead of reading time from a clock it will become possible to read time from a compass.  Time is a mystery which God will share fully with you when you reach Heaven, but before you hear this from anyone else, you hear it from me: Time is Direction.

Time-travel was guarded by the Tsadokim to prevent its misuse by persons who sought to gather wealth and set themselves up as false rulers.  The wealthy have always sought to rule over the poor.  Demons feed the human lust for admiration and power by luring them into secret time-travel ‘temples’ (lodges).  Their time-travel ‘temples’ are demonic replicas of Solomon’s Temple.  The Zionists are eager to build an enormous replica of Solomon’s Temple in Jerusalem for the worship of their Nephilim demons.

Their problems began when they left the system of real-time thousands of years ago.  They lost their home planet when they stepped outside of real-time.  They appear to live in real-time when they are among humans, but they go back and forth between real-time and ‘split-time’ (as I call it).  They do not keep the Covenant of real-time thus they have broken the Sabbath and broken their Covenant with God.  They do not observe the seven day week.  Any pretense they make at observing the Sabbath is a sham because one cannot be a time-traveler and also observe the Sabbath.  They break the week to enrich and empower themselves.  They also break the week to infiltrate organizations.

Freemasons are the Nephilim ‘secret service’ and time-travel facilitates infiltration. Time-travel gives Zionists overwhelming advantages to infiltrate, undermine, and overthrow.  They have reaped illicit rewards from time-travel.  They have amassed vast sums of money and set themselves up as the governing ‘elite’ of the world.  In the halls of education and religion, Masons are everywhere. High-ranking masons are all time-travelers.  Low-ranking Masons are oblivious to the ‘top secret’ time-travel aspect of high-ranking Masons and provide a layer of camouflage.

Do you think the men who control this world
belong to a harmless ‘brotherhood’?

That’s all it is, time-travel and nothing more.  Time-travel is hidden from most people under the pretense that it is ‘fiction’, but it is touted to new Masons as being ‘mysticism’ and ‘enlightenment’.  Difficult as it may be to believe and to accept all senior Freemasons are time-travelers.

Time-travelers serve the Nephilim. The Masons are controlled by the Nephilim who are behind the social and economical upheaval that threatens to rip our world apart. They are hard at work eroding our cherished human traditions. If at first junior Masons are unaware of what they serve, a time comes when they are left in no doubt. 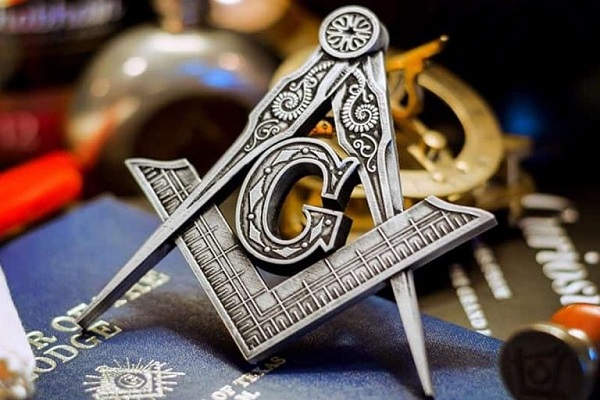 ‘Past Master’ = ‘Master of Past Time’

They often refer to themselves as ‘historians’.

The United Nations is controlled by: Freemasons.

It has been controlled by Freemasons since John D. Rockefeller Jr. set it up on October 24, 1945.  You can be certain that any UN official of significant rank is a Freemason. 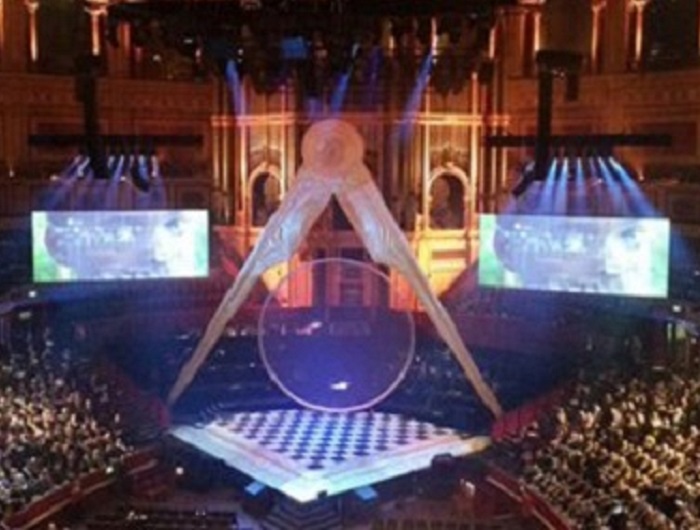 The Rockefellers are high-ranking Masons and are the ‘steering hand’ at the helm of the United Nations.

Anything coming out of the United Nations has the approval of the Rockefellers, including the dystopian Agenda 21 and Agenda 30.

The Rockefellers established the United Nations with the sole objective of setting it up as the governing body of a “New World Order”:  that has always been the secret purpose of the UN and the Order of Freemasons have been striving for decades to fulfill this goal.

The Masons are servants and controlled by the Nephilim who are behind the social and economical upheaval that threatens to rip our world apart. They are hard at work eroding our cherished human traditions.

Masons approach one another with their hands extended and their thumbs jutting and ready for the “secret squeeze”.  The square and the compass are their gods. George Soros sits at the head of modern Freemasonry. When you look at the Freemason symbol know that the “G” stands for George Soros. Soros is the personification of evil.  Zionist billionaires keep Nephilim projects funded: Soros is in charge of funding the democrats.  Gates has been assigned to getting everyone microchipped for the Nephilim dystopia.

The apron worn by Freemasons derives from the aprons worn by Adam and Eve when they disobeyed God and were expelled from Eden.  The Masonic apron is a mark of REBELLION.  The Masonic apron flaunts and perpetuates the disobedience of Adam and Eve.  Masons have gone to great length to hide this fact, in many Bibles the original word ‘apron’ has been changed to the word ‘coverings’.   To this very day Masons continue to rebel against God, behind the bricked up windows of their sinful lodges.

Genesis 3:6 And when the woman saw that the tree was good for food, and that it was pleasant to the eyes, and a tree to be desired to make one wise, she took of the fruit thereof, and did eat, and gave also unto her husband with her and he did eat.

Genesis 3:7 And the eyes of them both [Adam and Eve] were opened, and they knew that they were naked; and they sewed fig leaves together, and made themselves aprons.

At the root of everything from spying for the Nephilim to dispensing funds on their behalf is Masonry and time-travel.  The Nephilim would be greatly inconvenienced without their Mason servants.  Without the Masons, the Nephilim would leave our world.  Real estate, antiques, diamonds…these men don’t pay the same price that you pay for anything.  They go back in time and buy land when it was very cheap; they do the same with precious gems, particularly diamonds.  They buy antiques and vintage cars before they were ‘antique’ and ‘vintage’.  Masons who make their money by buying and selling across time-zones refer to themselves as ‘merchants’. 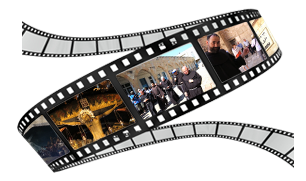 ...to accept the changes of Time to come, for though they may appear miraculous and wonderful, they are against
all that is Holy. 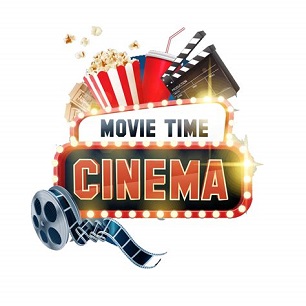 It doesn’t require a time-machine to travel in time.  Fictitious stories such as ‘Bed knobs and Broomsticks’ ‘Aladdin’ (and his flying carpet), ‘The Wishing Chair’ and the plethora of time-travel movies coming out of Hollywood, are all subconsciously preparing mankind for the reality of time-travel.  While it is all too easy to take the first step into space-time, it is impossible to return to a normal life in real-time.

Freemasons are time travelers.  They go back in time to buy things on the cheap, then they return to real-time to sell their ill-gotten gains for enormous profits.  There are unbelievably HUGE profits to be made from Time Travel and Masons are ready to murder to keep their secret.  They are thieves and cutthroats.  Among themselves they acknowledge that they are ‘corsairs’, some synonyms for corsair are:  despoiler, looter, marauder, pillage, plunderer, raider and robber, yet they have the audacity to call everyone else ‘profane’.  Don’t join their ranks or they will control your life completely forever and for the rest of your life they will force you to commit terrible crimes.

1 John 2:18-19  Little children, it is the last time: and as ye have heard that antichrist shall come, even now are there many antichrists; whereby we know that it is the last time. They went out from us, but they were not of us: for if they had been of us, they would no doubt have continued with us: but they went out, that they might be made manifest that they were not all of us.

As it was in the days when Jesus walked the Earth,
so it is now in these days.

They do not belong on Earth. This is not their world. They are not God’s people.